Bonanza Media published a new video with more explanations on the leaked documents from our previous newsletter. You can check it out here

Complete documents of all 4 leaks plus a new one can be downloaded as one folder with separate PDF-files by clicking this link. [Total file size 3 Mb - link expires February 29] 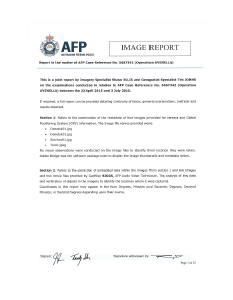 Regarding the authenticity of the leaked document ‘Operation Avanella’, conducted by the AFP, the Australian police issued a following statement: Some of the documents recently distributed without permission are documents of the Australian Federal Police, prepared as part of the investigation being carried out by the Joint Investigation Group (JIT). 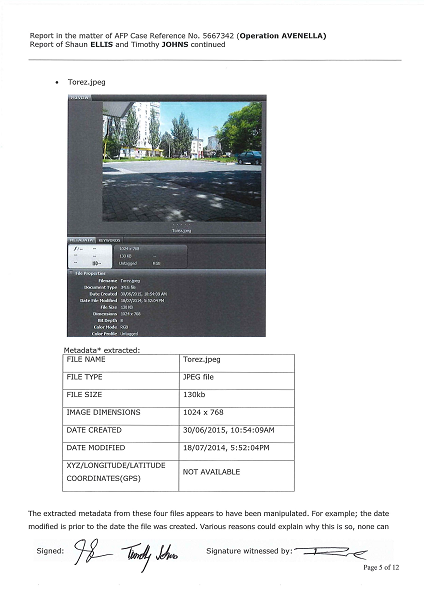 Regarding the authenticity of a leaked letter report about BUK positions in Russia and Ukraine made by Dutch Intelligence. 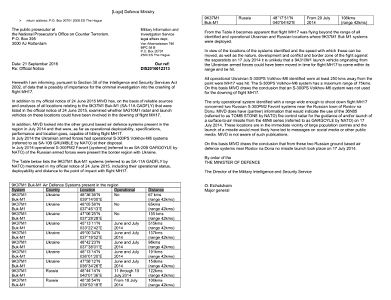 Last time we published an incomplete document in English that is based on a Dutch original. Now you can also see what the original looks like.

The Dutch MIVD sent Bonanza Media a following statement on the authenticity of this leaked document: We do not comment on the request below. For further questions, we refer you to the OM, which you have already included in this question. The Dutch Prosecution Service response to Bonanza Media was: In the run-up to the MH17 court case, various documents appear in the media that refer to the JIT investigation. Although we understand that there are questions, the Dutch OM does not make statements about these documents. Questions about evidence will be answered in court because that is the only place where we want to speak freely about this. NEW LEAK.

On the same day the document from MIVD was written (21 September 2016) a supplementary letter was made about another Buk Telar that was not mentioned in the main letter. 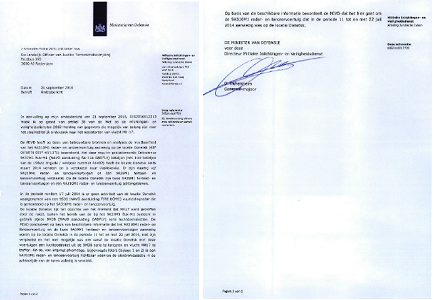 The Buk Telar mentioned in this document was closest to the point where the Malaysian Boeing was shot down, but MIVD explains this Telar could not have been the murder weapon, because it was heavily damaged. 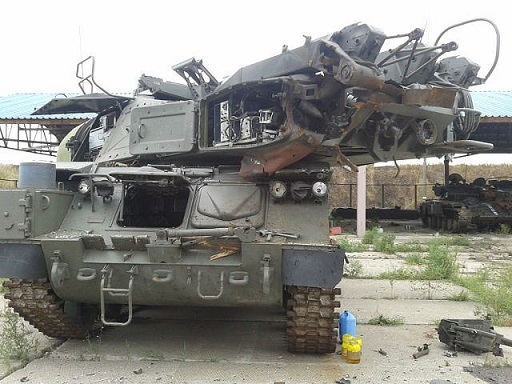 More images on social media of this Telar's location:

As you can see the Dutch military did a thorough job locating relevant Buk Telar positions in the conflict area in which MH17 was shot down. Let’s not forget that MIVD is a professional organization with contacts at highest NATO levels and with access to satellite images of ESA and many other sources.

Based on the information presented, the main conclusion we make is this: The Dutch Military Intelligence and Security Service on 21 September 2016 (ONE WEEK before the JIT press-conference on 28th September 2016!) had no information from any reliable source that any Russian Buk-M1 had crossed the border with Ukraine during any time during the conflict.

It will be interesting to follow the court proceedings and study the evidence presented from other sources such as social media, and sources that base their conclusions on social media. Could it be that they are better informed than the military professionals who are trained and specialized to know these kind of things?


Regarding a Record of Interview with a witness refuting the claim Ukrainian Air Force did not fly.

We also published a Dutch version. 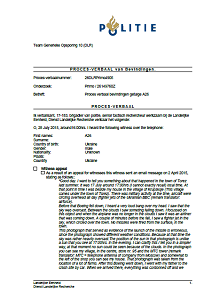 A quick reminder of what the witness saw and heard himself:

- 2 fighter jets in the sky, which circled over the town a few minutes before the Boeing went down.
- a loud bang over his head
- a HORIZONTAL white trail
- The Boeing coming down

Here’s the witness. His name is Boris. We were able to trace him during our first trip to Donbass this year. Thank you all who supported us financially to make it happen!

Boris agreed to an interview and his new testimony complies with what he said to the JIT. We are in the process of making a report about Boris MH17 story.

Bonanza Media is a platform for independent journalists. We strive to unite people with analytical and critical thinking that don’t go to extremes but keep common sense on all issues. We welcome to our team independent journalists that investigate most troubling issues all around the world in thorough manner and truthful way. We aim to deliver meaningful interviews, breaking news live-streams and bold journalism documentaries and articles.

Let’s make a difference together!